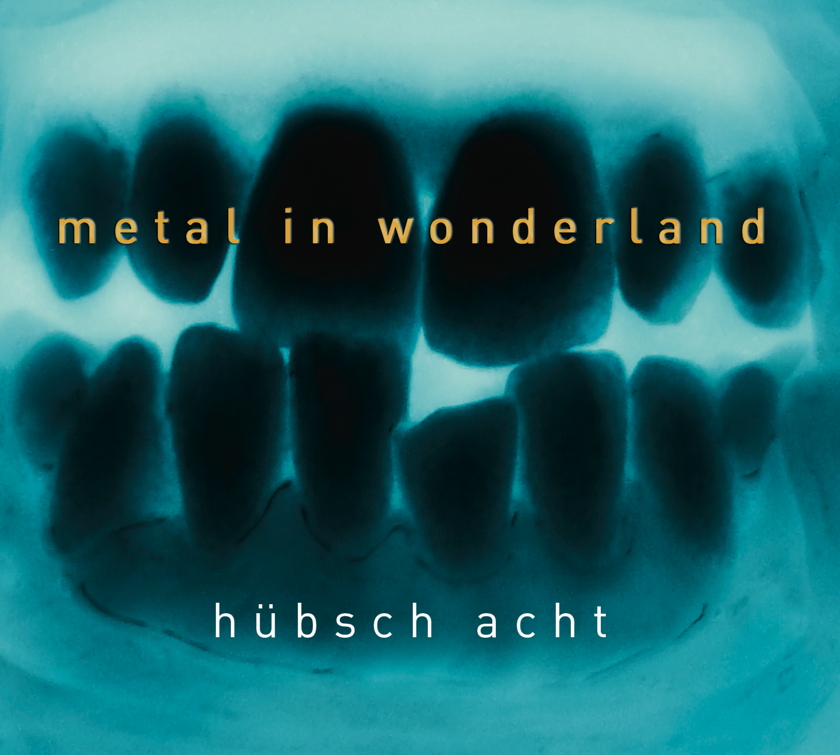 magic and alert
Heavy metal and brass band music are the inspirational background for this octet’s music, which I put together for the SWR Newjazz Meeting in November 2012.
The musicians contribute sparkling energy, an adventurous spirit and a steadily overflowing playfulness. They are all frequent musical companions who have appeared with me in such settings as the Multiple Joy[ce] Orchestra, my trio, my quartet, and the ensemble]h[iatus.
About the pieces:
1.) “ungleich” (uneven)
The piece comments on a method of creating rhythms automatically on the computer based on loops. If in those cases magic is created by pushing buttons or running applications, here it is made by hand, beat-by-beat, held in balance between even and uneven, between head banging and decay. Such repetition, the method of copy-and-paste is questioned in constant restructuring, submitted to steady organic change, partially by multiple conductions of the musicians.
2.) “doppler metal mare”
is based on a transcription of sounds as they were heard in a spring night at 2:30 a.m. around my house in Cologne. Predominant sounds refer to cargo ships passing by on the river Rhine, distant cars, trucks, and airplanes. The distension joints of the nearby highway bridge serve as rhythmical departure points for improvisatory fields.
3.) “was da ist von dem was da war” (what there is from what there was)
This piece is a homage to Peter Kowald, the bass player and great improviser who passed away ten years ago. The musicians wear headphones through which they hear sections of Kowald’s Solo CD “Was da ist” (what there is). They immediately imitate what they hear. The headphones inhibit the musicians’ control of their instruments, making the sound raw and unshaped. As a result, the musicians work as media for the original Kowald sound. At other points they imitate other players or —such as near the end of the piece — perform a Kowald solo in unison. The text in the piece is also derived from a Kowald double bass solo.
4.) “schichten” (layer[ing])
is based on the idea of cutting through multiple composition layers to make them audible simultaneously. The sound material is generated from speech and text. The electronics use a prerecorded voice solo by myself. The composed structures were put together with the use of anagrams, taken from Brigitta Falkner’s book “Bunte Tuben” (colored tubes). Improvisation and composition interweave in highest density, both present persistently. New parts are counted in while others still are being played or improvisationally decomposed. The musicians’ task is to defy the overflowing information and to organize many streams into one play flow.
5.) “Morning Peewee”
The repetition pattern of the three parts of the Eastern Wood Peewee’s song form the structure of this piece. This American bird’s song was notated by an enthusiastic American birdwatcher on a very early morning.